University of the Aegean was founded in an aim to render it a proliferative factor, which would contribute both directly and otherwise, to the development of the Aegean Sea territory. Today it has gained acceptance and established itself not only as an higher education institution but also as a centre for the generation and transfer of knowledge related to the specialised environment of island territories. Moreover, the University contributes to the strengthening of the social tissue and cohesion within the local community on all islands where Departments of the University are based.

In particular, the Department of Environmental Studies has already succeeded in gaining recognition both in Greece and internationally as an institution for research excellence. This is greatly owing to the dedication, expertise and active involvement of its scientific staff in research projects and studies related to island territories. The research interests of its academic staff cover a wide range of areas: human ecology, environmental engineering, ecosystem’s management, thus covering all four Department Sections.

One of the University’s very early findings has been the fact that, while Greece is primarily an archipelagic state and is the par excellence island country within the European Union, no governmental or scientific organisation has ever been committed to the systematic study of the island specificities and the problems related to the development of these areas.

An effort to overcome this shortcoming resulted in the formation of the Island Development Research Group – a unit which later developed into the Laboratory for Local and Islands’ Development in 1996 – and whose mission was to carry out research on all island-related issues. The Laboratory’s organisation reflects the systematic nature of its activity in an attempt to render it an active and permanent observatory, whose role is to register and analyse the developments and prospects for island regions – focusing on the Greek island regions – in collaboration with the scientific and policy-making communities, both Greek and international.

The Lab’s operational platform rests on the assumption that the geographic factors of insularity are not to be apriori considered as disadvantages in the context of their economic and social competitivity. The competititivity value of the majority of those factors is varying in correlation to historical and technological factors. A logical implication of this theoretical assumption is the fact that the Lab focuses on insular comparative advantages rather than coping with insular disadvantages and discrepancies.

Up until now the Laboratory’s research has focused its attention on the “Development – Environment – Planning” triptych. Particular emphasis has been placed on issues related to the ‘development-environment’, ‘tourism-development’ and ‘local development-planning’ relationships, in order to design a model for sustainable island development and management. Other research interests of the Laboratory, which are fields of systematic cooperation with other specialized research organisations and groups existing within the University and outside include: energy, water and waste management, island ecosystem management and management of protected sites, in particular.

The Laboratory pursues its mission and objectives through Teaching and Training, Research Activity, Scientific papers and other publications, the organisation of the Greek Islands’ Observatory and the of Aegean Observatory Sustainable Tourism under the auspices of UNWTO. 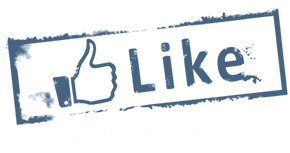 This website uses cookies to improve your experience while you navigate through the website. Out of these cookies, the cookies that are categorized as necessary are stored on your browser as they are essential for the working of basic functionalities of the website. We also use third-party cookies that help us analyze and understand how you use this website. These cookies will be stored in your browser only with your consent. You also have the option to opt-out of these cookies. But opting out of some of these cookies may have an effect on your browsing experience.
Necessary Always Enabled
Necessary cookies are absolutely essential for the website to function properly. This category only includes cookies that ensures basic functionalities and security features of the website. These cookies do not store any personal information.
Non-necessary
Any cookies that may not be particularly necessary for the website to function and is used specifically to collect user personal data via analytics, ads, other embedded contents are termed as non-necessary cookies. It is mandatory to procure user consent prior to running these cookies on your website.
SAVE & ACCEPT
Menu Title